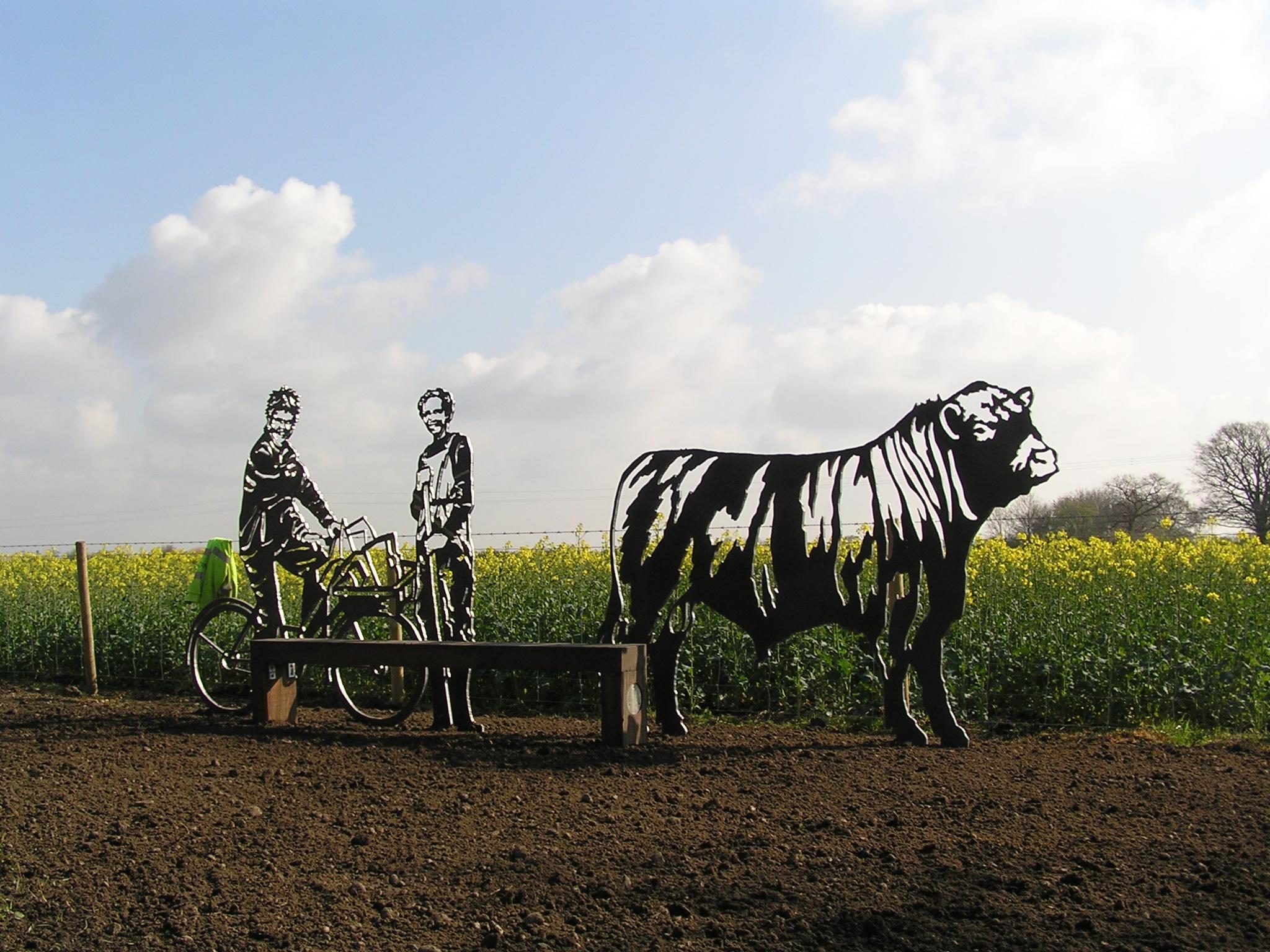 Carlton le Moorland and Bassingham Pathway Group is a voluntary community organisation that was formed in 2006 with the aim of achieving the construction of a Pathway for pedestrians, cyclists and others between our two villages. This was as a result of a questionnaire that attracted an 80% return and 90% support for the Pathway.

There is no footpath of any kind linking the two communities.  The rural road between the villages is unpleasant and unsafe for pedestrians and cyclists because it carries fast traffic and has a dangerous bend. It is not wide enough for the safe passing of two cars and a cyclist. As a result, most people use their cars for this relatively short journey of just over a mile. Necessary and important local facilities, including the primary school, the surgery, shops and clubs and social activities are in Bassingham. Many residents have friends and family in both villages.

The Group commissioned a professional Feasibility Study to identify the details of the route, the design and costs. The Pathway is a minimum two metres wide, has an all-weather surface, and is suitable for safe use by pedestrians, cyclists, mobility scooter and wheelchair users, as well as adults with pushchairs.

The Pathway was one of the 79 successful national finalists in Sustrans Connect2 Big Lottery win in 2007 and received a substantial grant. Further grants were awarded by Links to Schools, Lincolnshire County Council, North Kesteven District Council, Aggregates Levy, Lincolnshire Co-operative Society, in addition to funds raised in the community.

The necessary land was eventually purchased from four landowners, with further sections of the route being on land owned by Lincolnshire County Council. LCC has supervised the construction and will adopt and maintain the Pathway now it is completed.

Carlton le Moorland and Bassingham Pathway project is unusual among Connect2 schemes in being community-led; most others are led by district or county councils. The Pathway Group has installed seats and interpretation panels at several points along the route